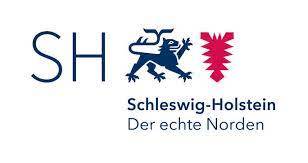 As one of the most regulated nations in Europe, Germany has a long history of taking a long time to deliberate over decisions. While some might see this as a negative, it means the German government and state bodies are less likely to be caught out by quick-snap decisions and impulse agreements. However, the federalised nature of Germany means that its various states have a lot of autonomy. This is the case when it comes to entertainment vehicles, such as online casino gaming.

Therefore, not every state in Germany shares the same rules as the state next door. When it comes to online casino gaming, the state of Schleswig-Holstein has taken a more conservative approach than others. However, reports in the state now suggest that the German state is now undergoing the administrative procedure to choose four online casino operators to take licenses within the state itself.

This would see four operators chosen from a large list of potential providers. Each provider will have to meet some pretty stringent agreements. However, they will also be expected to take on long-term license agreements, with a 15-year license being reported as the offering. This would also see a large taxation rate set, with taxes set at around 39% of gross revenue – up to €300,000 in a single month, it is believed. This could also rise to as much as 44% for gross revenue beyond a certain set threshold.

For many gamers in Germany, though, simply having a better and regulated market to play on will be enough to entice many to come and join in on the fun. The German state system allows for much more autonomy on decisions like this, so it will be intriguing to see what the final decision is from the state.

When will a decision be expected?

At the moment, there is no concrete information on when a decision will be set in stone for the four license holders. However, it is expected to take some time as there is much deliberation to consider. For this reason, gamers within the state hoping for a rapid solution might be disappointed at how long this could potentially take.

However, the decision is at least in the process of being made – given the long wait for a decision in the first place, that at least is a bonus. Expect more information to come out in the near future regarding the licensees who are chosen. With so much to decide upon and a large number of potential candidates, there is much to think about and deliberate over.

Finally, though, it looks like some progress is being made in a process that simply seemed to go on forever in the eyes of some.